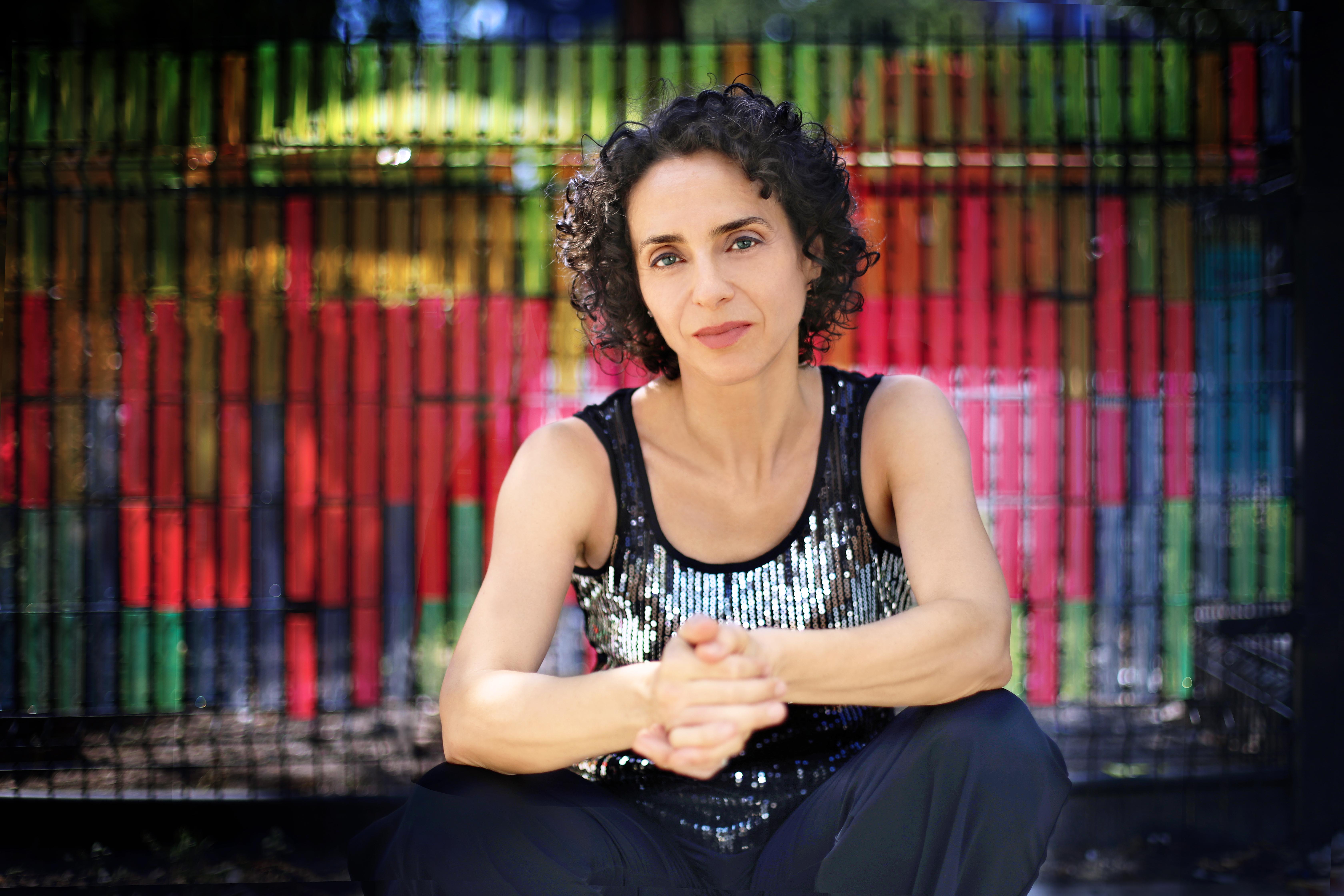 "Elisabeth Lohninger is a powerful performer and a highly-skilled improviser and composer."

"Not every good vocalist is also a good teacher. Elisabeth Lohninger is a wonderful vocalist and a fantastic teacher. I had the privilege to marvel at her teaching during two weeks of "Jazz in Hellazz". For two weeks in September 2017 she rocked our vocal workshops on the Pilion - and it was a joy to watch her work. Elisabeth has the ability to adjust very quickly to the individual vocalists. She challenged and encouraged each participant - no matter their level. And with her competence and humor she captivated and inspired everybody."

It all started with Austrian folk music. But Elisabeth Lohninger's passionate love for music, combined with a yearning for freedom and independence, led her to New York, and to Jazz. With shows in jazz clubs, concert halls and the stages of international jazz festivals, she has proven herself to be a powerful and elusive talent. Her lyric alto voice is tailor-made to express the myriad of colors and shades of the Human condition. Recent albums such as "Soul Garden" and "Eleven Promises" showcase her adventurous spirit and deep love of song. She soars, cracks her heart wide open, and pulls the listener in - an invitation to live authentically and love with abandon.

Fans and press agree: Elisabeth Lohninger is a "Vocal acrobat". She has the ability to "enchant her audience with her incredible vocal range and multi-facetted voice, and to pull listeners into her stories and songs."

And in Elisabeth's book, that's all that really matters.

In a career that has taken her from the slopes of the Austrian alps, where she sang folk songs as a young girl, to jazz clubs, concert halls and the stages of international jazz festivals, vocalist Elisabeth Lohninger has proven herself to be a powerful and elusive talent. A New Yorker by choice for over two decades, Lohninger has recorded a dozen albums.

Her latest album titled Life Lines and released in the fall of 2020, marks her thirteenth outing as a leader or co-leader. Her 2016 studio album titled "Eleven Promises" (Jazzsick) was hailed as "her best album yet" by Jazz Thing (Germany). Her album "LIVE", recorded while touring in Europe, was named one of the best albums of 2013 by C. Michael Bailey for All About Jazz. And on her album "Songs of Love and Destruction" (2010 Lofish Music), she charms listeners with her intimate delivery and insight into a song's lyrics, joined by an all-star cast of jazz talents that included pianist Bruce Barth, bassist Evan Gregor, and drummer Jordan Perlson, along with special guests trumpeter Ingrid Jensen, tenor saxophonist Donny McCaslin, and violinist Christian Howes. Drawing on her love of pop music, as well as jazz and her own originals, she crafted an understated, but deeply emotional album that looks at love, as one of her favorite singer-songwriters puts it, "from both sides now." In the Jazz Times Review of that album the magazine refers to Lohninger's voice as "a stunning instrument" and, elsewhere, declares that her original 'A Little Bit Tricky' "echoes the word-smith slyness of Lorraine Feather".

Growing up in a small Austrian mountain village (population 25), Lohninger started singing in school and church choirs. At the age of six, she joined her two sisters in what would become a nationally renowned vocal group specializing in the songs of her homeland. She soon ventured in other directions and studied classical music and jazz, finishing her studies with a Masters degree in music and English Language and Literature. In 1994, Lohninger relocated to New York.

Since 2002 Lohninger is a faculty member at the New School for Jazz and Contemporary Music.